To Know Park City is to Love 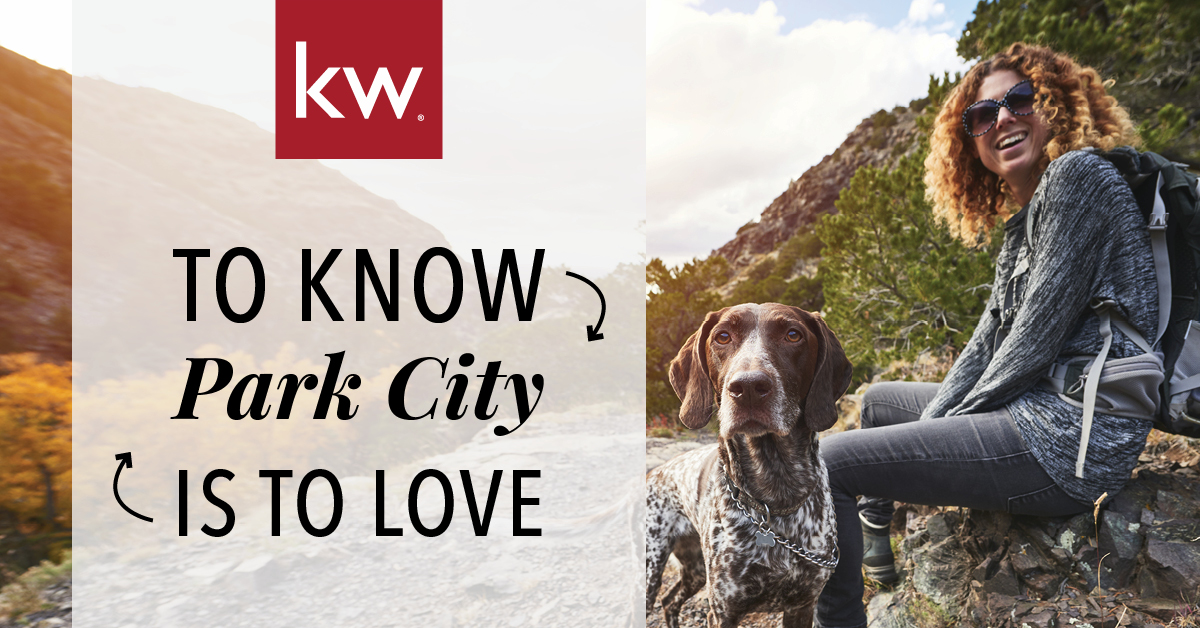 How does a small town like Park City become a world-class resort community? It happens slowly over time, piece-by-piece, as dreams and visions are brought to fruition by passionate residents.

This edition of our newsletter is the first in a series of deep dives into our incredible community amenities. Our goal is to provide a bit of the back story of how the community that we know and love evolved. So without further ado, let’s get started. And what better place to start than exploring our town’s outstanding trails network?

In this issue, we’ll look at how we became the mountain biking mecca and trailblazing community we are today!

When mountain biking first became popular in the early 1990’s, trailblazers were known to “pirate” trails. This “pirating” meant that bikers would decide where a trail should be, and then, by riding and bushwhacking that area frequently, they’d eventually create a usable trail of sorts. This trail pirating was happening with increasing frequency on the slopes of Park City Mountain Resort and Deer Valley® Resort, causing concern among their respective management teams. Some even wanted to close off access to these trails, largely for liability reasons.

Fortunately, long-time local Jan Wilking had discovered his own love of mountain biking, and when he heard about the potential trail closures, he decided to act. Jan was no stranger to community activism, so in the summer of 1991 he organized an event to gather the town’s mountain bike advocates and concerned stakeholders to walk the trails and discuss options for the future of the nascent trail system. Of course, Jan knew that it wouldn’t hurt to include some free food and beer, so he convinced Deer Valley to donate hors d’oeuvres and use of the Upper Deck at Snowpark Lodge. He also twisted Greg Shirf’s arm (of Wasatch Brewing) to contribute a couple of kegs of beer.

Jan’s plan worked, and the get-together led to the formation of the Mountain Trails Foundation (MTF). Tom Clyde, a local attorney, who also moonlights as a longtime Park Record columnist and Park City Follies co-creator, donated legal time to create the 501(c)(3) non-profit. Just like that, Mountain Trails Foundation was official! Councilman Tim Henney got involved and was one of the first Board members.

Renowned local artist Marianne Cone designed the logo for free, and it is still in use today. Last but not least, was funding the organization. Fortunately, the RAP tax (Recreation, Arts & Parks) had just begun, so the foundation applied to fund a half-time Executive Director for $12,000/yr.

As tends to happen over and over again, outstanding individuals surface in resort areas because talented people are drawn to them. Serendipitously, Troy Duffin surfaced just when Park City’s trails system was ready to take the next step in 1992.

Troy was an experienced land use attorney who had moved back to Utah to take care of his ailing parents. He agreed to assist the Mountain Trails Foundation with laying the significant legal groundwork needed for trail easements and access. This required Troy to attended countless planning commission meetings, where he would tirelessly preach the benefits of trails.

Around the same time, Jan was invited to be on the Board of the International Mountain Biking Association (IMBA), where he learned much about how trails were being implemented elsewhere; he would return from his IMBA meetings armed with fresh, innovative ideas to pitch to the MTF Board.

These ideas and examples of successful trail networks in other communities helped to slowly sway the remaining opponents here in Park City, including developers who were concerned that trails would attract “unruly types” who might pedal past a second home and decide to break in. After a lot of lobbying by both the Foundation and leadership at Park City Municipal preaching the benefits of interconnected trails, eventually it became a perceived benefit for homeowners. Just as important, it also became a local requirement for developers to provide trails and connectivity to neighboring parcels.

In 2004, Carol Potter joined MTF as the second Executive Director, bringing with her a strong background in fundraising and grant writing. During her time at the foundation, she greatly improved the financial viability of the organization, allowing the MTF to continue its successful advocacy for our local trails network.

Carol’s tenure was followed by recently retired Charlie Sturgis, who led Mountain Trails for the last 12 years. Charlie was the former owner of White Pine Touring, back when the store was located at the bottom of old Main Street. Charlie is a passionate mountain biker and Nordic skier, so when he decided to make the change from retail, he was perfectly suited to take over as the director of the foundation. During Charlie’s reign, the trail system was expanded significantly, and an awesome crew of dedicated trail hounds were hired to maintain them.

Now, Lora Smith has taken the reigns as Executive Director, and we’re all excited to see what she has envisioned for the next chapter of the foundation!

The Rail Trail and Sally Elliot

Around the same time that the Mountain Trails Foundation was being formed and gaining traction, Sally Elliot was leading the effort to create the Rail Trail, which extends from Park City to Coalville on the former Union Pacific railway.

After many years of effort and planning, this trail became a reality in 1992 and it is now truly a shining star in our local trails network. Sally deserves enormous praise for the many years of tireless effort that she devoted to making this idea a reality. Soon thereafter, MTF took over management of the trail.

From Silver to Gold

In 2012, Park City was the first former silver mining town to earn the Gold Level Ride Center designation, earning a score of 96% on their scale! In fact, the IMBA was so impressed with Park City that they designated it as the model example for their whole Ride Center program.

Networks throughout the Wasatch Back

Over the years, various significant land donations have greatly enhanced the trail network, including the Round Valley area, the Armstrong parcel, and Bonanza Flat. And these trails aren’t just for mountain bikers, as any hiker, dog walker, Nordic skier, snowshoe enthusiast or equestrian will tell you. We must all coexist on the trails.

The best resource in Park City is the annual trail map MTF produces. It includes a route builder, suggested rides and hikes, and trail conditions info. You can buy it at most sporting goods stores around town and a few restaurants, or you can access it online. 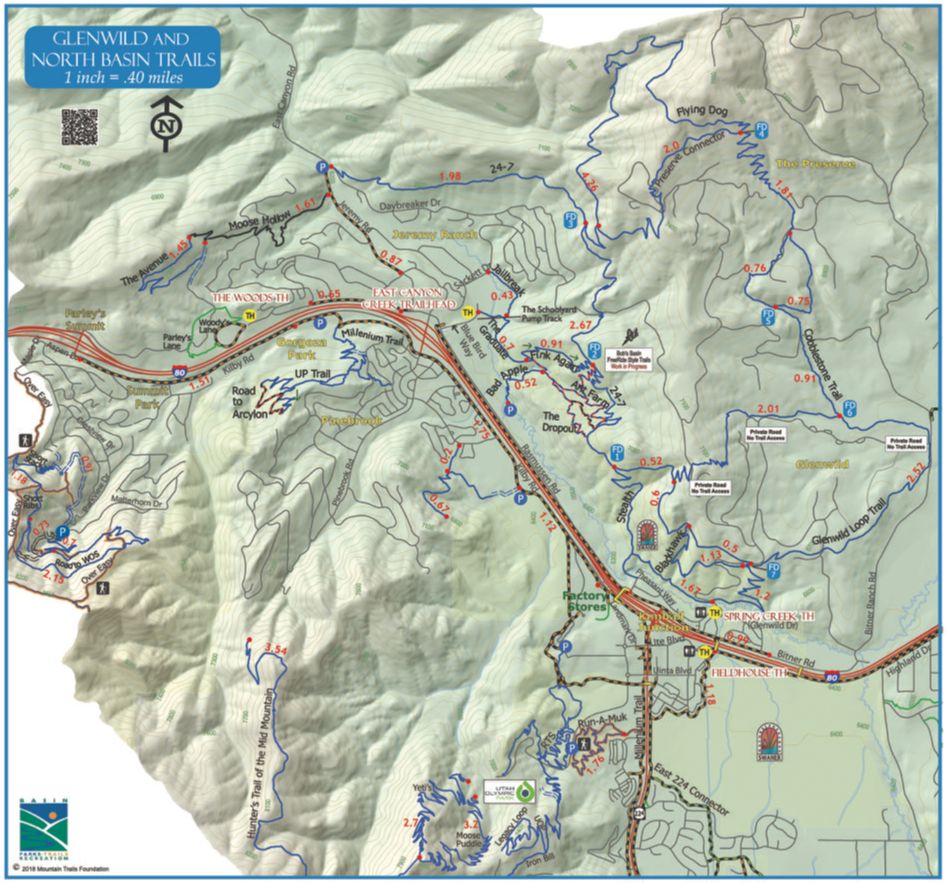 The beauty of getting out on the trail is that you get to leave all your worries behind. You can simply be in the moment and take in the fresh air and views. There are just a few simple behaviors that can go a long way towards ensuring that we all get to continue to enjoy our trails: 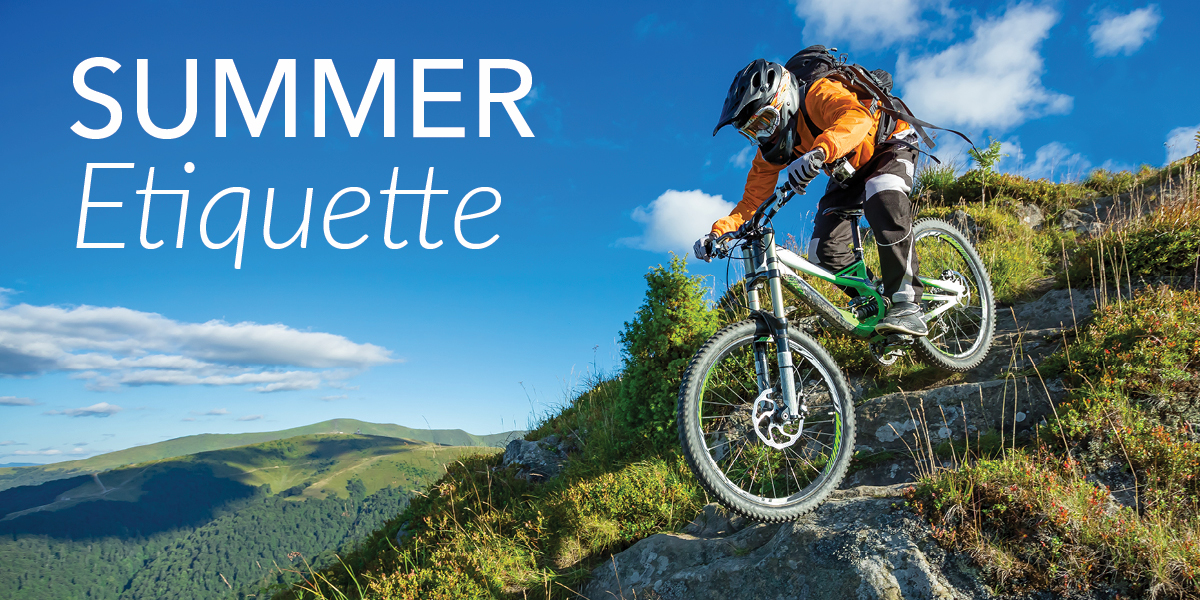 Practice 10 Seconds of Kindness. Slow down and smile. It’s easy, and it makes everyone feel good. Charlie Sturgis is famous for this advice.

Trails are for Everyone. Trails in Park City are open to all members of the public. This is nobody’s private playground.

Uphill Biking. Even if traveling uphill, bikes NEVER have the right of way to pedestrians or equestrians.

Bells on Trails Keep Everyone Safe. Use and listen for them while you are on the trails. Pick up a freebie at a local shop or from Mountain Trails.

Mud, mud, mud. Do not use muddy trails! If it is sticking to your heels or wheels, turn around. As you know, #RutsSuck.

Singletrack. Keep singletrack single. If you come to an unexpected puddle, walk, or ride straight through the middle.

Speed. Skidding corners permanently damages trails. Instead, slow down earlier, and coast through the turn. 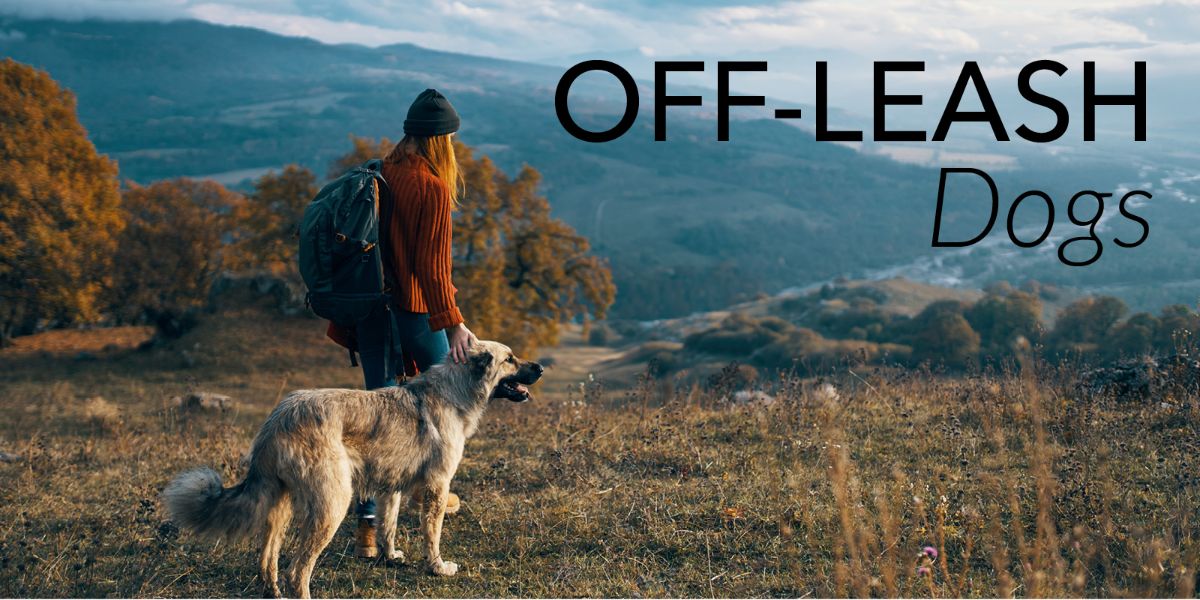 Park City has a reputation as a dog-friendly community that often turns a blind eye to the off-leash dogs of responsible dog owners, but there are enforceable leash laws in Summit County. The off-leash privilege is, technically, illegal but has been tolerated by the community because most dog owners are responsible and courteous. In high-use areas such as Round Valley, the privilege is being threatened because of incidents involving poor judgment – or outright disrespect – on the part of just a few dog owners.

Off-leash dogs can become confused by bikers and hikers. Confused animals can also do things their owners do not expect, like biting. Don’t find out the hard way that your nervous dog is a biter. Damages and injuries will likely become the liability of the person who allowed the dog to be off leash. A dog owner found in violation of leash laws can be sued!

Please remember, there is no “poop fairy!” Dog waste is not part of a healthy ecosystem, and dog owners are expected to remove dog waste, regardless of where it falls. If a dog goes bushwhacking and lays one down, then the owner needs to go bushwhacking, and pick it up. Trash receptacles are often placed 100+ yards up trail from a trailhead, but if your dog relieves itself beyond that, do the responsible thing and pick up/carry out the waste. Do not leave a “doggie bag” on the side of the trail. Often, they are forgotten and left to rot on the side of a trail. Bring extra waste removal bags just in case.

Always place dogs on leash immediately upon arriving at trailhead parking lots. That way excited pooches never get the chance to harass others, get hit by a car, or sneak in a bathroom break while owners are distracted.

For dogs that need some space, Summit County and Park City have adopted supporting the Yellow Dog Project. Learn more at the link. 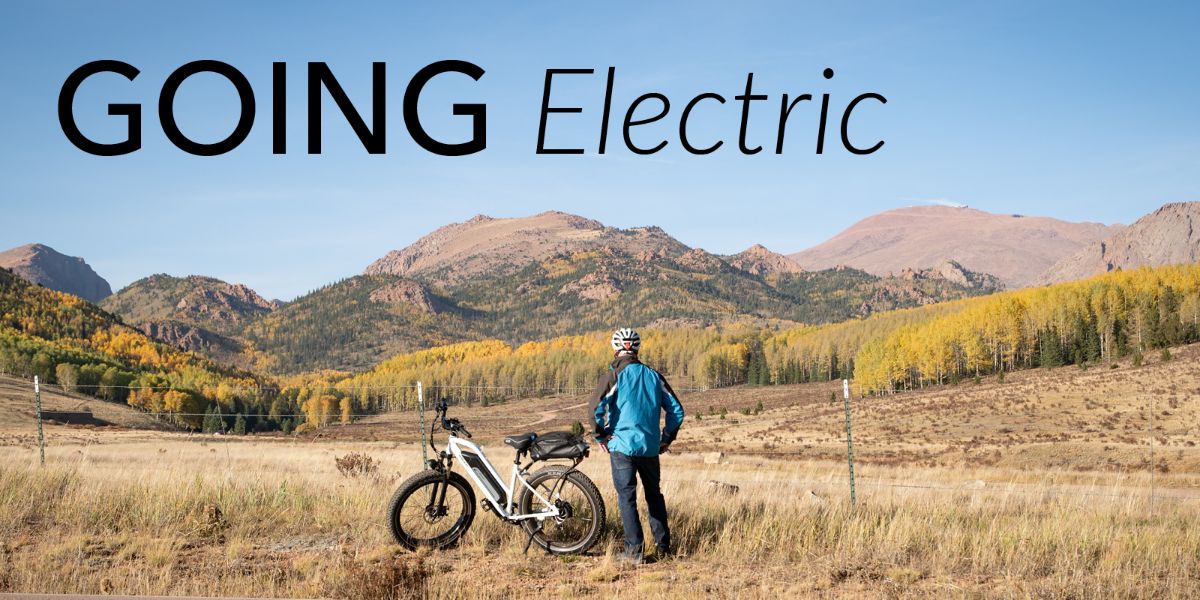 Park City’s trails system is constantly evolving, continuing to change and adapt to accommodate a wide range of users and activities. Perhaps the biggest change in recent times has been the introduction of e-bikes in and around town. Electric bikes have opened a whole new way to enjoy the gravel and paved trail systems in our area. The best way for residents and visitors to check out one of these bikes is with Summit Bike Share.

E-bikes are set to be a game changer, whether you are a first-time cyclist or longtime rider. They will allow users to go faster, haul more, and get more places with ease. Just keep in mind that e-bikes do have a different set of rules and restrictions than conventional bikes here in town. Most noteworthy is that e-bikes are not permitted on single track trails. However, they are allowed on paved pathways and soft surface trails over 5-feet wide. For more complete information on the rules for electric bikes in Park City please visit this site. 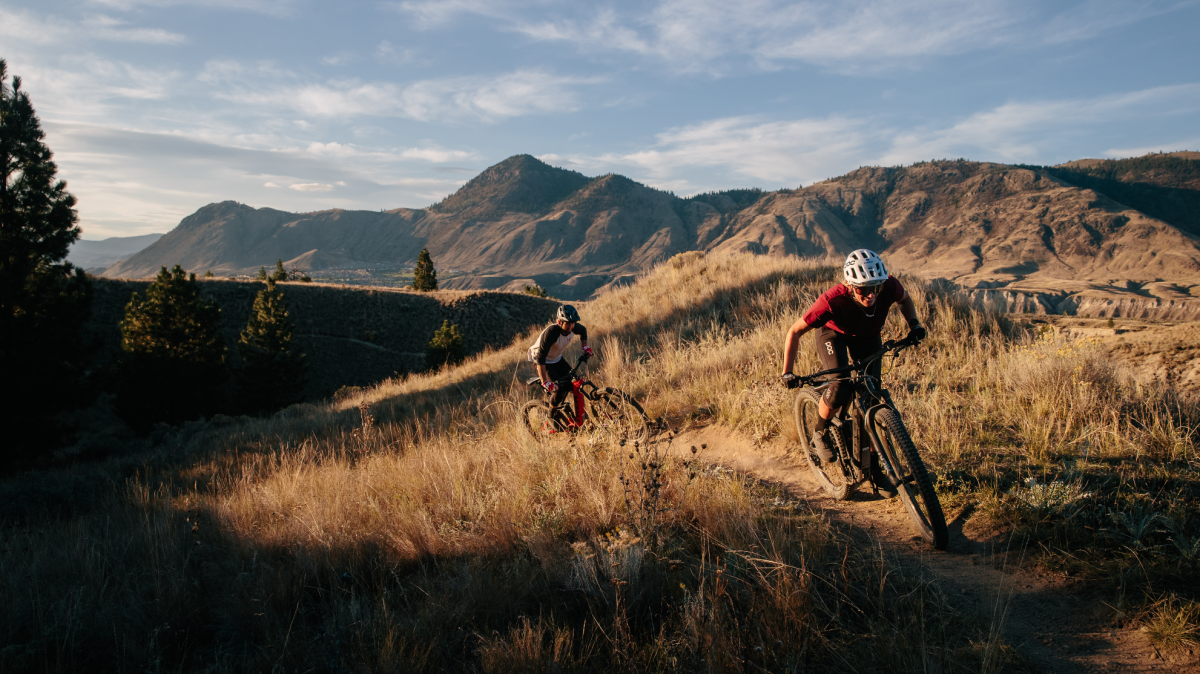 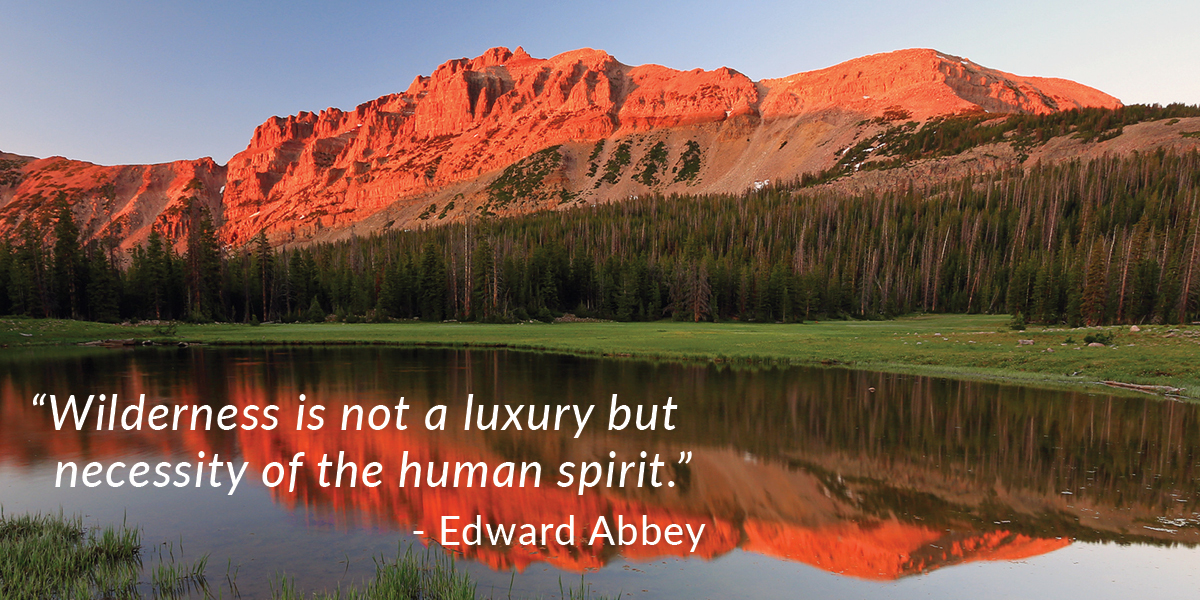 Our vast trail network adds greatly to the desire for people to own property and/or vacation in Park City. We hope this cruise down the history trail will evoke a sense of pride we can all embrace when it comes to this enormous community asset. We thank all the early pioneers who worked so tirelessly to bring their dream to fruition.

Let’s continue to be great stewards of this priceless amenity, and we hope to see you on and about on our trails!